Overview
Azilect is a prescription drug approved by the U.S. Food and Drug Administration (FDA) in 2006 to treat motor symptoms in people with Parkinson’s disease. Azilect may be prescribed as a monotherapy to people with early Parkinson’s disease, or as an adjunctive (add-on) treatment in those who are taking levodopa/carbidopa and experiencing reductions in its effectiveness. Azilect is also referred to by its drug name, rasagiline.

Azilect is not suitable for people with a major psychotic disorder or those who have previously shown hypersensitivity to rasagiline. Azilect must be used with caution in people with high blood pressure, mental illness, or liver or kidney problems. Azilect may not be appropriate for women who are pregnant or breastfeeding.

Azilect is a member of a class of antidepressant drugs called monoamine oxidase inhibitors (MAOIs). In cases of Parkinson’s disease, Azilect is believed to work by preventing the breakdown of dopamine in the brain, thereby increasing the amount of dopamine available.

How do I take it?
Azilect is taken orally as a tablet once a day with or without food. Take Azilect at the same time each day.

Your doctor will regularly monitor your blood pressure while you are taking Azilect.

While you are taking Azilect, limit your intake of foods that contain high amounts of tyramine. Foods such as cheese, aged meat, smoked fish, dry sausages, sauerkraut, miso, or other fermented or aged products can contribute to high blood pressure in those taking Azilect.

Side effects
Azilect can raise your blood pressure.

Common side effects of Azilect include flu syndrome, joint pain and swelling, depression, and indigestion. Tell your doctor if these side effects become worse.

Many drugs can cause allergic reactions and, in the most serious cases, can result in death. Seek immediate medical help if you experience signs of a severe allergic reaction, such as hives, difficulty breathing, or swelling in the face, throat, eyes, lips, or tongue.

For more information about this treatment, visit:

Question:
Does Anyone Else Find Themselves Laughing Or Crying At Inappropriate Moments. I Seem To Do It A Lot. I’ve Read That This Is Common.
Answer:
I don't take Azilect(or Cobeneldopa) and as far as I know none of my meds cause crying or laughing/ read more
Question:
Azilect
Answer:
@A MyParkinsonsTeam Member I think you'll find entacapone (Comtan 200mg) to be beneficial.... My Neurologist started me on just after starting Sinemet,,, Been on it over 2 years with great results and no… read more
ask a question about Azilect
view all questions about Azilect view all conversations about Azilect 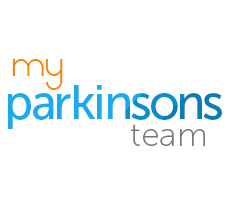