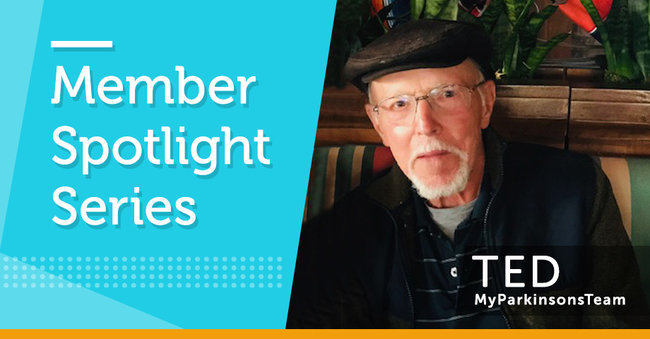 People living with Parkinson’s disease sometimes experience cognitive changes, as well as physical ones. Between 20 percent and 40 percent of people on medication for Parkinson’s will experience a change in perception called “Parkinson’s disease associated psychosis” at some point during treatment. Symptoms can include hallucinations (seeing something that is not there) or delusions (believing something that is not true).

Hallucinations in Parkinson’s are not dreams or nightmares. The person experiencing them is awake and aware when they happen. Hallucinations can be a side effect of medication, and they are usually not harmful or persistent.

Delusions are less common than hallucinations, affecting about 8 percent of people with Parkinson’s disease. Delusions often take the form of paranoid thinking, jealousy, or feeling like a victim. Delusions can be harder to treat, as they may cause a person to mistrust their caregivers or resist taking medication.

MyParkinsonsTeam recently spoke with Carrie Thomason, who works for MyHealthTeam. Carrie's father, Ted, is a member of MyParkinsonsTeam and lives with Parkinson’s disease. Carrie shared about caring for her father when he experienced hallucinations, and how talking to their health care team and adjusting his medication resolved the problem.

When did you first notice your father’s cognitive Parkinson’s symptoms?

A neighbor of my dad's first noticed about three years ago. They called my brother and me, concerned about his mental health, as he seemed to be delusional. We then moved him down from Washington to Southern California to be closer to me. I started to notice something wasn't right shortly after the move.

How long did his hallucinations last?

My dad said that the hallucinations would last a few hours. He said he had a hard time distinguishing what was real and what wasn't. I also noticed a lot of confusion about people and past events. For several months, he still thought he was in Washington.

How often did your father have hallucinations?

About three or four times per day.

Can you describe a typical hallucination?

He would see people in his apartment and be able to put his hands through their bodies. One time, I was sitting on the couch with him and he looked over and asked if I saw the woman standing there. I didn't. We then discussed what she looked like. He described her in detail, from her hair to what she was wearing. Other times he would think he was somewhere else. He mentioned being at a Walgreens in Washington once when, in reality, he was still in his apartment in California.

How did your father ask you to respond to his hallucinations?

My father wanted validation that he's not insane and that hallucinations are a part of his Parkinson's disease. He wanted us to be patient and understand that any hallucinations or delusions were temporary. Luckily my family isn't that serious, so I could laugh with him about all the fun new friends he'd met when having hallucinations.

Are there things you can do to reduce the frequency and intensity of hallucinations?

Yes! My father's previous neurologist in Washington never adjusted my father's Levodopa/Carbidopa as his disease progressed. No one had educated him about potential side effects or explained alternative treatment options to help address his delusions and hallucinations. I wish we’d had more education about his disease and the potential implications of medication, as well as treatment options.

How did the hallucinations affect your day-to-day life?

I think our perspectives on this question are very different. My father said it didn't impact him much because he didn't know when he was hallucinating or having delusions. The impact on me was difficult. I felt lost on how to help him and thought that this was this new permanent state of being. It wasn't until I sat down with his neurologist and started asking questions did we finally get answers about the causes and available treatment for his hallucinations.

What would you tell others living with or caring for someone with Parkinson’s delusions or hallucinations?

Go talk to your doctor about treatment options and know you're not alone. Don't isolate yourself, as there's hope for both patients and caregivers. There's no cure for Parkinson's, but there's hope for those experiencing hallucinations and delusions. At one point I was worried he would need 24-hour care, and now he's living on his own. I'm thrilled to say that my father hasn't had any hallucinations in over a year.

© 2022 MyHealthTeams. All rights reserved.
MyParkinsonsTeam is not a medical referral site and does not recommend or endorse any particular Provider or medical treatment.
No information on MyParkinsonsTeam should be construed as medical and/or health advice.