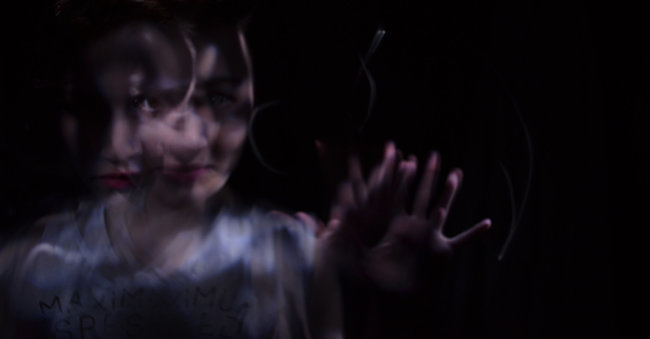 Hallucinations are a common – and frightening - symptom of Parkinson’s disease. Between 20-40 percent of people with Parkinson’s – including members of MyParkinsonsTeam - experience hallucinations.

Members report visions of bugs crawling on their skin, shadows or people lurking in the background, vivid nightmares, hearing intruders in their homes, and much more.

“I started seeing hair and dust balls everywhere, even in food I was cooking,” said one member of MyParkinsonsTeam. Another member “zoned out for 30 minutes at dinner with my wife, telling her all types of crazy stuff. It felt as if I left my body and re-entered it like a spirit, knowing I was gone but not where and how long I was gone.”

Parkinson’s hallucinations are often referred to as psychosis. Psychosis can include severe confusion, seeing or hearing things (hallucinations), believing things that are not true (delusions), or reactions to medication (delirium). Dementia, another form of psychosis, can occur as Parkinson’s disease progresses.

Parkinson’s Hallucinations: Managing Medications
Among MyParkinsonsTeam members, medication-related hallucinations are among the most frequently reported type of psychosis.

“My husband’s neurologist thinks the [anti-psychotic drug] Nuplazid (Pimavanserin) caused his hallucinations. After discontinuing the medication, he’s nearly hallucination-free, no longer confused, his balance has returned, and his ability to do his PD exercises is way up (he's stronger),” shared one woman on MyParkinsonsTeam. Added another member, “Ever since my father-in-law stopped Nuplazid, he’s a brand-new man!”

Some members, however, say the drug has helped them recover from psychosis. “Nuplazid brought my husband 100 percent back to us,” shared one woman.

Seroquel (Quetiapine), another frequently prescribed antipsychotic drug, gets mixed member reviews, too. Some say it has been a “game-changer,” and “all hallucinations have gone away.” Others reported “bad reactions” and “increased hallucinations.”

The supplement melatonin has helped several members soothe nocturnal psychosis. “I used to have very vivid nightmares and thrashing around,” shared one man.

Always consult with your doctor before starting, stopping, or switching medications or trying natural supplements.

Parkinson’s Hallucinations: Managing Behavior
Learning how to handle – and live with - psychotic episodes is not easy for members of MyParkinsonsTeam.

“I've swung a fist at the grim reaper twice at night and wound up on the floor both times,” said one member. Another admitted, “When I got techno-colored nightmares, I’d scream and hit my wife.”

Caregivers express anguish over their loved ones’ distrust, anger, and jealousy, which can accompany hallucinations. “The despair I sometimes feel is bottomless,” said one member, echoing the sentiments of others.

“My husband has hours-long tirades about how I’m unfaithful and conspiring to take his money. He becomes verbally abusive and ends up telling me he hates me and wants a divorce,” explained one concerned wife on MyParkinsonsTeam. Another member said, “After a long and happy marriage with full faith and trust in each other, this is so hard for both of us. His delusions and paranoia are his reality.”

Behavioral techniques helped one member show her husband that his hallucinations were not real. She asked him to “close his eyes and reopen them, remember to wait before reacting,” and physically try to touch the person or object he “sees,” she explained.

Another woman learned not to argue or contradict someone having a psychotic episode. “I usually just listen to my husband and tell him I'm not going to argue (because nothing I say will stop his ranting),” she explained.

Parkinson’s Hallucinations: Getting Support
Connecting with a community such as MyParkinsonsTeam can provide much-needed support for people with Parkinson’s and their caregivers.

One grateful member wrote, “I also have hallucinations but I’m at the very beginning of this horrible disease. I thought no one here was the same as me, and now I see there are many. I’m getting a great deal of support.”

“I’ve read so many comments on hallucinations and it’s very helpful to see how others are dealing with it,” shared a caregiver on MyParkinsonsTeam.

On MyParkinsonsTeam, the social network and online support group for those living with Parkinson’s Disease, members talk about a range of personal experiences including managing hallucinations.

Here are some questions-and-answers about managing hallucinations:

Here are some conversations about managing hallucinations:

Can you relate? Have another topic you'd like to discuss or explore? Go to MyParkinsonsTeam today and start the conversation. You'll be surprised how many others share similar stories.

I had some pretty bizarre hallucinations. They scared me. But I don’t have them anymore

Parkinson’s disease mainly affects the central nervous system (CNS), which is made up of the...

Parkinson’s disease mainly affects the central nervous system (CNS), which is made up of the...
read article >